This website uses cookies to ensure you get the best experience.
By clicking Accept you are informing us that you are consenting to the use of these cookies.
Learn More 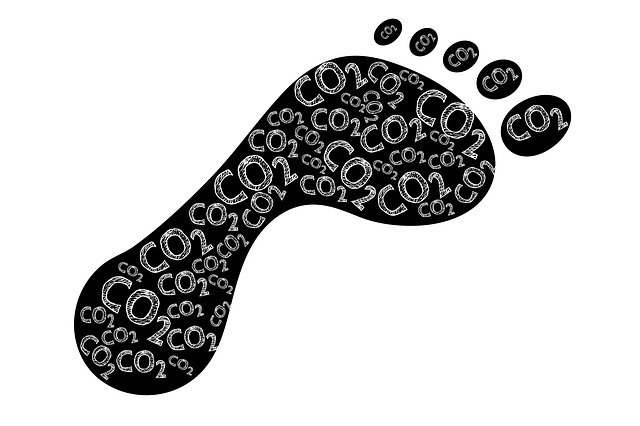 The catastrophic effects of COVID-19 lockdown are continuing to cripple industrial markets. The oil industry has become the latest victim in this worldwide crisis. Due to a critical drop in demand for crude oil an oversupply has caused the price per barrel to drop below zero for the first time ever. According to The Guardian, “producers were forced to pay buyers to take barrels off their hands due to oversupply.”

For those seeking a low carbon alternative to power their homes and electric vehicles it is not just a question of price, but environmental impact. The effect of lockdown has given us all the taste of a low carbon future with less pollution and cleaner air in many towns and cities across the globe. Forbes reports “CO2 emissions could fall by more than 4% in 2020 compared to 2019 levels, a bigger annual drop than any previous economic crisis or wartime.”

2020 was due to be a year when the Paris Agreement on greenhouse gas emissions would take centre stage. It would have been a key part of the agenda for the 2020 United Nations Climate Change Conference (COP26), due to take place in Glasgow in November, but which has since been postponed to 2021.

However, during the 11th International Petersberg Climate Dialogue, held online recently, COP26 President and UK Secretary of State for Business, Energy and Industrial Strategy, Alok Sharma, confirmed: “Renewables are already cheaper than new coal power in two thirds of all countries in the world. And before long, it will be cheaper to build new renewables than to continue to operate existing coal plants.”

During the session Sharma focused on the core objectives to meet climate change goals, saying: “Despite the immediate crisis of the Coronavirus, we must not lose sight of the huge challenges of climate change.” Two of the areas that he identified as needing “particular attention” are the power and transport sectors, outlining, “energy transition and accelerating the move to zero-emission road transport as two of the five key campaigns that the UK is going to be focusing on in the lead up to COP 26.” This is good news for the EV industry.

Backing electric mobility Sharma identified EVs as “cheaper to run than fossil fuel cars and are expected to be cheaper to buy by the early 2020s.”

This is compelling evidence towards greener living backed by the UK Government’s ambition to see at least half of new cars in the UK to be ultra low emission by 2030.


Speaking about the worldwide future EV market, Sharma said: “By the most optimistic estimates, over half of new car sales globally will be electric vehicles by 2040. To meet the Paris Agreement goals, we probably need all new vehicles to be zero emission by then. In other words, we’re going to need to double the pace of the global transition.”

But in order to stimulate wider adoption of EVs, battery technology and range needs to be considered, something of which the UK has in hand as Sharma outlined. “We have also invested in a UK Battery Industrialisation Centre, and that’s a stepping stone to our larger commitment for a Gigafactory – a large-scale battery technology factory for electric vehicles.”

New EVs on the road


Amidst these challenging times many leading car manufacturers are due to bring to market a range of new EVs this year. According to Buyacar.co.uk, there are 29 all-electric cars due in the next 12 months including long range luxury cars such as Audi’s Q4 e-Tron and BMW’s iX3.

Of course crucial to wider adoption of EVs is the EV charging infrastructure and according to a report by EV charging company Connected Kerb, “Up to 40,000 chargers would need to be installed per month between now and 2035 for every motorist without private parking to have access to a dedicated charger.”

However, this is quite an ambitious figure and the report states that a “more realistic measure would be one charger for every four of these motorists, requiring 10,000 chargers to be installed per month within that time frame.”

Looking to the future


For Replenishh this is all good news and we are pleased to hear the continued positive drive towards climate change, wider EV adoption and subsequent necessary charging infrastructure that will go towards achieving these goals. As Jim Rugg, EV Technical & Specifications Manager at Replenishh says: "Ultimately, the current COVID-19 situation is a setback we all need to adjust to in the short-term but both myself and many other professionals within the market are very confident of the EV sector’s bounce-back-ability. So make sure you are ready to react once this time comes and go out there and grab the opportunities, because there will be plenty in the coming months, the drive towards Zero Carbon will not be beaten!”